There is a competition for drafts when several articles are written on the basis of one study, but two or more authors are involved. The result will be that the authenticity of the study is diminished and the subject of copyright may be lost. When a scientific content has been published in several journals, if the statistical analysis method is all the same, the publication of these articles is immoral. But if the method of statistical analysis is different, it can be published according to the rules and guidelines of scientific journals. 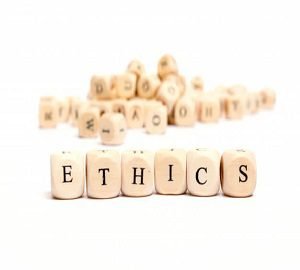 Conflicts of interest for the editorial staff, reviewers, or staff of a scientific journal can arise when there are personal relationships and academic competitions with financial relationships between them and drafters of articles. This can affect negatively the way they judge. The editor in chief should always request authors to inform non-conflict of interests outside the articles to editorial team. Sometimes a manuscript may be sent to the journal  by a member of the editorial board, in this case that person should not comment on that article and should be Evaluated by other members.

Draft articles or parts of it with the comments of the reviewers should be out of the reach of the irresponsible individuals. For example, a reviewer may sometimes use the data from an unpublished article for his or her own article. In this regard, the journal should have strict guidelines regarding the privacy of the scientific journal staff to ensure that the reviewers are aware of all their ethical responsibilities for the authors of the articles. However, there should also be guidelines in dealing with this violation in the scientific journal.

Ethics and sponsors or owners of scientific journals